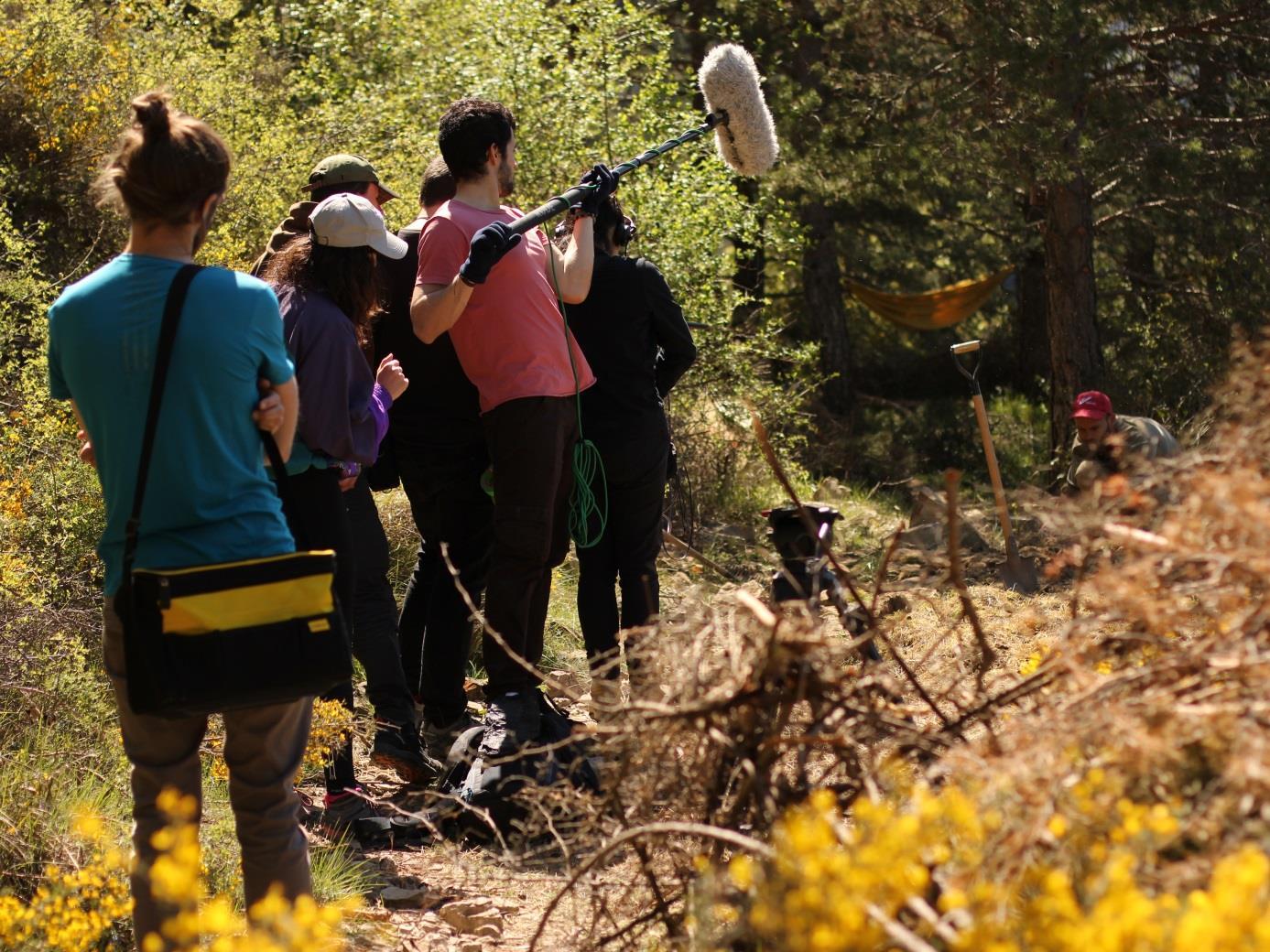 After four months of silence, we considered it time to delight your mailbox with some more extraordinary, mind-boggling news from the most interesting Eco Village on the Greenwich Meridian. To you is speaking your epistolary captain Pablo, utterly useless member of the Puyuelo Team, who is once in a while captured and tied to a laptop until he produces a News Letter.

The other day, when I walked to Huesca, tiny capital of our under-populated province, I saw Puyuelo from the top of the mountain ridge in the South. A magnificent reward after a climb that took on Sysyphosian dimensions, as I dragged myself to the top, wondering why I can’t just choose hobbies that have something to do with couches or hot water tubs.

Anyway! Picture it there, this small, cone-shaped hill at the foot of the real mountains. Just to the East; the fierce 1796 meters of our Guardian mountain the Nabaín. To the North; white giants under a blue dome; the peaks of the Monte Perdido national park, for whom Puyuelo is but a silly pimple. From so far up I could barely see our village in between the trees. And yet somewhere down there, in a forgotten corner of this immense planet, lay the focal point of our lives for almost a year now.

There was something fleeting to the image, a dream-like quality, as if the whole valley, divided from East to West by the Ara, was trapped into one of those glass balls filled with water and fake snow. In spring the forest is sprinkled by the almost luminescent green of fresh leaves. The landscape I had seen so barren in winter, appeared now lush and inviting, bristling with life. Is this really my home? I wondered. Are Felix, Moritz and James somewhere there on this little hill, working on their respective projects like tiny ants? What is it even we are doing there?

What makes this adventure of ours (or by now a well-balanced mixture of adventure and home, as Felix phrased it the other day) sometimes so hard to grasp, is its changing nature. That seems to be what happens when you weave a story out of the thread of ideas; its birth-process is long and sometimes even confusing. In ten months, we have moved from a Gitano basecamp to a ruin, from a ruin to a house, and from a house back to the forest. There have been different people, different seasons, changes in habits and constellations. We had to craft agreements, structures and even the occasional rule. We had to find ways to live with each other while at the same time making sure everybody’s individual needs are catered for.

Yet as we see the seasons change, we see how our presence becomes ever more tangible. Spring equals the birth of a new year, but to us it also feels like the consummation of what we have built up already. A ship whose engine propels it forward, seemingly automatic by now, while we only have to make sure we keep our heads facing in the same direction.

And after last year’s rush, when we had to hurry to finish the house before winter, it is easier now to enjoy our days to the fullest. There is the house with a kitchen, two cosy rooms, a bread oven, a proper tool shed, a hot shower (when the sun’s out), five vegetable gardens, a little green house and a flock of chickens. We have already provided ourselves with a certain comfort, and although there is still nothing as good as bathing in the river, comfort does taste twice as sweet when it is built by one’s own hands.

This year our main focus is to work towards the closest point possible to self-sufficiency. Hence the gardens, the chickens, the hundreds of plants that are by now almost all in solid soil. Next week 300 kilograms of ecological staple foods arrive from Barcelona. Not that we expect the world to go down any soon, but in this way we hope to drastically decrease our need to venture into the dangerous labyrinths of the Supermarket.

Contrary to last year, we have not had any long-term visits so far, and with the prospect of this summer, we enjoy that silence before the storm. We know some friends will come back and others will visit us for the first time. We honestly look forward to share our hill with whomever feels like it. For the fortunate who arrive first, there is even a fully equipped guest room, since ironically enough, we all moved back into the forest, and nobody uses the down floor of the house.

So, so. As you read this, we are probably working on the construction sites of our next two houses, carrying up 300 kilos of lentils and rice, chasing the cows out of the village (next year we really have to fence the area) or simply enjoying our free Sunday (Oh yes, freedom can become a burden as well, so we gladly introduced man’s oldest yoke, the Monday to Friday working week, that is how pijo-revolutionary we are).

We wish you all the best!