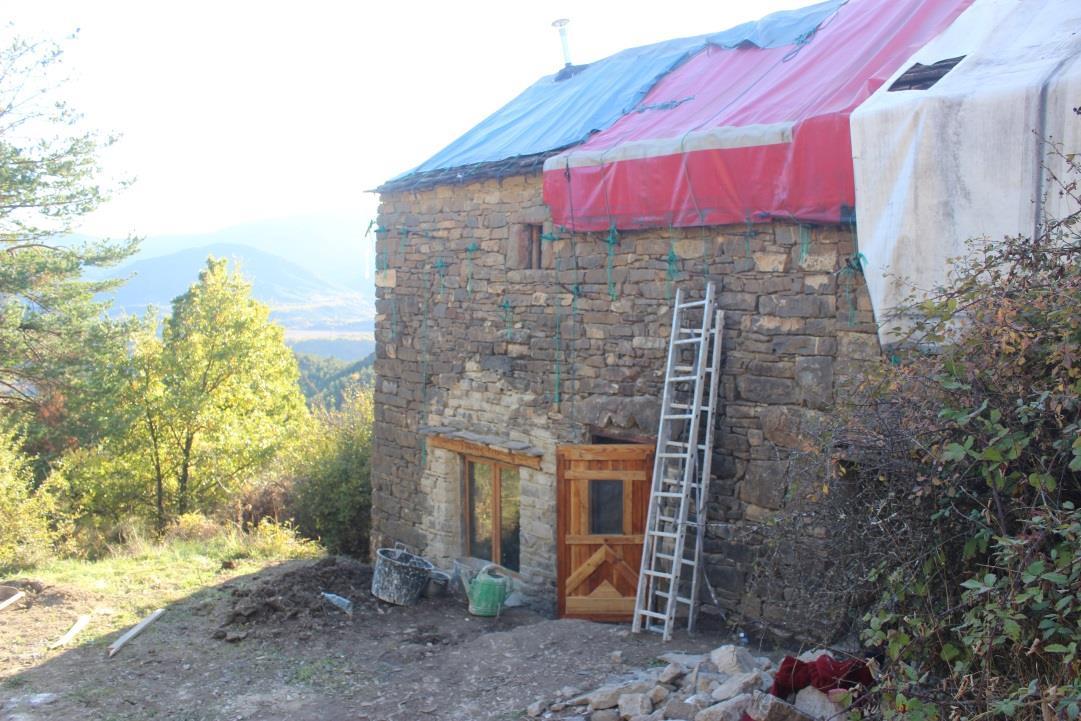 Finally we found a moment to write another News Letter. By now no explanation is needed. Life in Puyuelo is busy. Although we are as much in charge of our own time as one could be, there are always so many things going on at the same time that even something as simple as writing an update can be postponed endlessly.

On top of that came the change of seasons. The understanding that a summer filled with friends and distraction slowly gave way to silence and introspection. All of us seemed to feel that change. For some it took a couple of gray days, of confusion, of reorientation, before we gave in to autumn and found a new balance.

As the days grew colder, we were confronted with the fact that the beginning phase of this project offers us less private space than we aim for. That required talking, sorting out misunderstandings and finding peace in the middle of a thousand things happening at the same time. A demanding yet rewarding process.

But the work has bared its fruits. After 4 months it seems to be possible to spend a more or less comfortable winter in Puyuelo. The last week of October we finished the ground floor of our first house. The wooden floor is in, the walls are painted white, there is a window and a door. And believe it or not, since a couple of days ago we even have 220 Volt generated by a solar system. The upper part now has a façade, all the stone floors have been redone and there is a water connection.

And then, just when the stove was in, we were hit by an Indian summer. All of a sudden the sun came back with a fury it had lost at the end of September. Autumn colors filled the valley, shades of red and yellow breaking the eternal green of pines. How great a spectacle autumn provides under a cloudless sky! Above that, the end of the tourism season and the fact that a lot of people are confined has seemingly left the mountains for us alone.

Some of our visitors ended up staying for months. Marieke, Seba, Saco, Marko and Aly sunk deep into our little hill. They left their footprints, one more eccentric than the other, which we are very grateful for.

Unfortunately none of us feels like spending the whole winter sharing one house. There is too much longing for solitude, for the silence that is needed to process such a full and intense summer. Last Monday we asked our visitors to leave so we could spend one more week between the four of us before we split up. The necessary time to evaluate our first months and to simply enjoy an empty Puyuelo for the first time since mid August.

In the beginning of December we will split up for about two months. Felix, Moritz and James go home, Pablo stays behind with the animals to watch over the hill. In February we change roles. Next spring we have big plans again. Taking on a couple more ruins, getting chickens, building more garden space, a greenhouse, an oven, a canal system,.. the list is long (if not endless) and anyone who feels like it is more than welcome to give us a hand and enjoy life in the mountains for a while.

A couple of photos and Trivia to conclude with

So, So. As Puyuelo goes into hibernation, we wish you all the best in these strange days,